Updates to Mary Martha's profile since your last visit are highlighted in yellow. 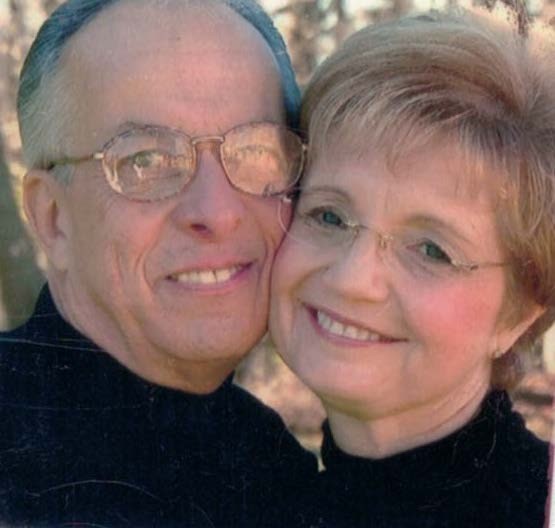 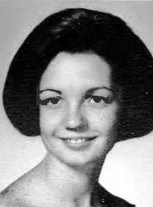 Yes! Attending Reunion
Send Mary Martha a private message
What I would like to share with my Class of '66 classmates?

You voted me the girl "Most Likely To Succeed" and I feel that if I fulfilled that vote of confidence at all, it was only that I succeeded in surviving the many challenges life has sent my way! In 1966 I envisioned myself an anesthesiologist or a politician - no comment on the relationship between those two career paths. I didn't get close to either of those. I went off to Longwood University (then "College") mainly because I thought I wanted to follow in my mother's footsteps and she went there. I really didn't like the regressive culture there. Soon realized I didn't want to end up a teacher and started looking for a path "out." Transferred to UVA after convincing the Speech Pathology Dept. to let me earn my B.S.. degree while taking all Master's Level courses since they had no Bachelor's speech path program. That was my first survival test since the discrimination against "women in their education or education in their women" by UVA faculty and "Gentleman" was palpable!!! Two weeks after graduation, I married Walter Baugh whom I had dated since our Senior Year. He was by then finishing his Master's Degree in Physics at Cornell Univ. He was nearly drafted but got "4F'd" at his induction physical. He joined the Bureau of Radiological Health and we moved to Rockville, MD. While there I got a Masters in Speech Pathology from Univ. of MD, and he got his law degree from Catholic University while we both worked full-time and had two boys. He got a position as lawyer in the EEOC and we moved to Falls Church, VA and had a daughter. In 1981, when the boys were 4 and 6 and our daughter was 15 months, Walter died after a one year struggle with bone cancer. Now I am again faced with "how to succeed" and so I moved back to Charlottesville to be near Mom and Dad for support. I had a severe health challenge 5-weeks after Walter's death and was told I would not survive, but there I "did succeed" in staying alive! In 1983, I made a bad mistake and married another AHS graduate whose wife had died also of cancer and he had two sons. I moved my children to live with him and his boys in New Jersey. I had one of my biggest life challenges in this relationship and finally got the courage to leave him just when in 1995 Mom and Dad were in a terrible auto crash and Dad was killed and Mom almost died. After a divorce, I re-located to Ohio and got a great job in managing rehabilitation teams. Eventually while in Ohio, I got involved with a wonderful saint of man and we married in 1999! (By the way, the story of how we met is best told on Jerry Springer's Show!) Finally it seemed I was fulfilling my destiny of "Most Likely" to Succeed. We have had 20 magnificent years together traveling the world and the USA. Among many international trips one of the most memorable is 6 weeks in South America with AFS's first foreign exchange student and my "sister," Silvia Bruno and her husband. My 3 children joined my husband and me on that trip. Silvia and I and the families have stayed very close. Her sister lived in N. VA with Walter and me for 2.5 years, and Mom and I sponsored her brother and sister-in-law and all except Silvia are now USA Naturalized Citizens. Silvia's sister is personal translator for the POTUS. As Ed and I settled into retirement, we were stunned when my oldest son was diagnosed with brain cancer. He is doing well 20 months post diagnosis and major neurosurgery. Too many details here to include, but our very tight-knit family has formed Team Happy and my son is the happiest, most optimistic,and most inspiring cancer survivor you'll ever meet. I never knew why I chose Speech Pathology for a career but it has been invaluable in this challenge since he was aphasic like a stroke patient after his surgery. I have 6 grandchildren ages 2 months to 10 years. My spouse, Ed, has two older daughters and one granddaughter. They live in Ohio. My children live in Wisconsin, Florida/Colorado - back and forth all the time, and one more in Colorado. Thanks for the vote of confidence in the 1966 Superlative selections and I promise to keep trying to succeed! Looking forward to seeing all who are back for the reunion, so glad I succeeded in being able to attend, and I know we will miss those who don't or cannot attend.

Comment
My favorite story from my days at AHS..

Being Editor of the 1966 Yearbook and learning that my passion is organization! Also going to Tri-Hi-Y Model General Assembly in Richmond and beating Craig Lynch from Lane to be Speaker of the House.

Thank you for your birthday wishes to me. I and my husband are during well. We moved to near Denver, CO a year ago because I want to be near a child as we grow older and m youngest, daughter, lives here. We have avoided Covid thank goodness, yet have not stayed paralyzed in our house. We are careful and really have "bigger fish to fry" as my oldest son continues to successfully battle brain cancer.
I could not read your full comment, so please feel free to contact me at my email (mandeclarke@gmail.com) and fill me in more on yourself!
With appreciation, Martha Dofff

So very happy you will be there and glad I got to come too! Martha Doff Baugh Clarke

I want to thank each of you who wrote a response to my comment about my surprise (even to myself) that I will be able attend our 50th Reunion. That was very kind and very appreciated - each comment! We are planning on driving from the airport direct to the Friday Meet and Greet, but our plane doesn't land until 6 pm and unfortunately the weather in our area is calling for storms Friday so we may be delayed. But we will get there at some point! So looking forward to seeing each of you and sorry that some folks like Jim White, Jim Burnett, and Thomas Albert have recently sent their Regrets will not be able to make it! You will each be missed!

I cannot believe it but after all that has happened to prevent me from coming to the Reunion, I am going to make it and with my spouse too! I am very happy and excited to get to see everyone. We have to miss the AHS Tour because of when our plane arrives but will come right to the Friday Night Meet and Greet. Just a recap of why I thought I could not come: "I agreed 2 years ago with Connie Crenshaw to initiate the formation of a 50th Reunion Committee for our 1966 Class, but I told Connie I'd only do it if I could get a strong co-chairman to work with me. I asked Paul Cale and he was most gracious and enthusiastic. Well good thing I asked and he said yes because before our first meeting I got the horrible news that my oldest son has brain cancer and I had to back way down in involvement and never got to a single meeting. I moved to be near him and help both as a mother/grandmothe and has his speech therapist when after neurosurgery it was as if he'd had a stroke! Things seemed to be settling into an okay groove. Then I had to have emergency surgery in January, 2016 and was healing from that when my husband had a heart attack in May and is locked into a Cardiac Rehab Schedule (Mon-Wed-Fri) through the end of the summer. But I was hoping to attend, albeit alone, and trying to talk my AFS Sister, Silvia Bruno de Soriano, into coming with me when I had one more post-op surgery appointment and found that the problem that I had surgery for had reoccured and an infection had developed and that I would have to have surgery in August. BUT more bad news has turned to to be good news and when I went for my pre-op appointment, the surgeon found the infection has not cleared and he wants to postpone surgery and reluctantly cleared me to travel. My husband the pled his case at Cardiac Rehab to get off on Friday so we could fly down and back for the Reunion. I also anxious to see all again! Fondly, Martha Doff